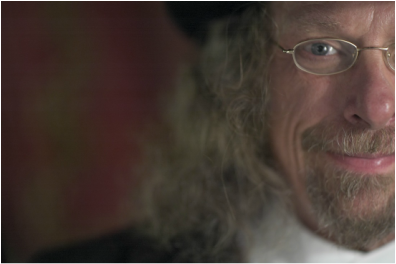 ​The San Francisco Ghost Hunt Walking Tour was established in 1998 by local storyteller, ghost investigator and raconteur, Jim Fassbinder. Jim had numerous strange experiences in childhood, as his imaginary friends were the shadows of two grown men on the wall of his family's basement. When he told his mother about his friends, and what his friends looked like, his mother was agape. Little Jim had described his father's two best friends, exactly. Those two friends had died in a devastating accident at the factory all of them worked at. After that, Jim never discussed his experiences. Coming from a family of cops in Chicago, such things weren't a welcome topic of dinner conversation. So, he always kept his stories to himself.

Fast forward a few decades, grown-up Jim loved attending haunted walking tours across the U.S. and in the U.K., and after a while he said, "I could do one better!" Jim Fassbinder started the first haunted walking tour in San Francisco and others appeared years after that. But, the San Francisco Ghost Hunt Walking Tour is the original, becoming a regular tradition for both locals and visitors alike. Many people had their first dates on the Ghost Hunt and returned many times, eventually, with their children.

​After 17 years of sharing the spooky stories and rich history of San Francisco, 5 to 7 nights a week, rain or starshine, Jim has started his well deserved retirement. Now, you'll find him laying on the sandy beaches of the world. Just look for his big black leather hat and a pair of bermuda shorts.

As of May 2016, the San Francisco Ghost Hunt Walking Tour lives on, now in the hands of award winning magician, storyteller, Bay Area native, and original co-creator of the tour, Christian Cagigal. Christian will do his part to keep the spirit of the tour alive (get it? get it? "spirit"!), the humor just as cheesy, and keep San Francisco spooky, wonderful and weird.